Kea is a vast leisure park for diving friends thanks to its undersea wealth. Both the morphology and the biodiversity of the seabed and the role of the island in history, as the site of many shipwrecks, have created a unique scenery for exploration for experienced but also amateur divers. There is a diving center – Keadivers in Vourkari – on the island where you can find information on everything about diving tourism on the island and organize your own diving experience.

Please let us know in case you love Scuba Diving so we will book you the most overwhelming experience ever! 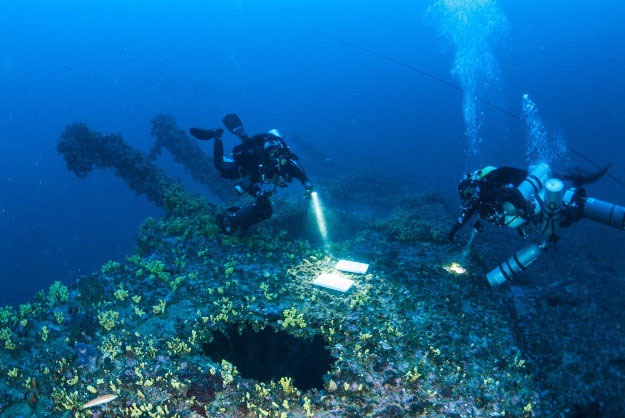 In 1975, close to the port of Kea and at a depth of 120 meters, Jacques Cousteau discovered the shipwreck of the British ship, which accidentally sank from a German mine in November 1916 while sailing to the hospital station of Limnos, carrying English wounded. The British, 269m long, of the largest ocean liners of the North Atlantic Line and a Titanic brother ship, was launched in 1914. With the onset of World War I, it was commanded by the British Admiralty and immediately turned into a floating hospital. Despite the fact that his design had improved significantly after the Titanic wreck, the ship sank in just 55 minutes. However, due to its proper survival equipment and close proximity to Kea, some 1,300 occupants were able to survive, while 30 only lost their lives mainly due to the early launch of lifeboats and the continued operation of the engines. 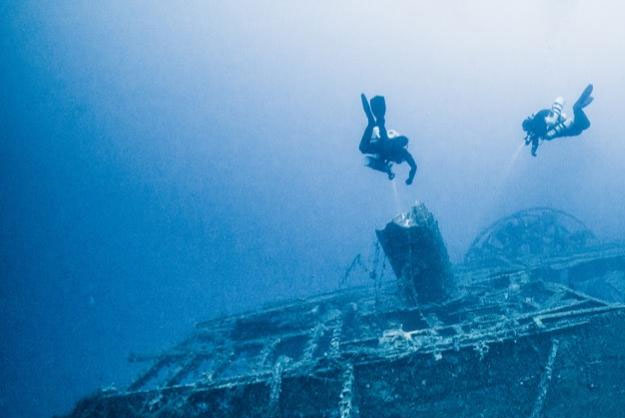 In September 2008 the Kea Dive Expedition diving team unveiled an unknown shipwreck accidentally detected by using a side scanner a year before the Assistant Professor of the Geology Department of the University of Patras, George Papatheodorou, at a depth of 70 meters and at a distance of about 2 miles from the point of British embankment. The S / S Burdigala, a former S / S Kaiser Friedrich, built in 1897 and 180 meters long, sunk on November 14, 1916, from a mine of the same German submarine U73, a week later he sank the British.